My grandmother as many women do, died alone. I watched her life change and evolve as she neared the later years of her life. In her early 80’s she stopped cooking for herself and began to eat TV dinners, which my uncle would buy for her. This was also a meal I had come to know quite well as a child of a single mom. But more importantly I had remembered my grandmother as an amazing cook. She had nourished and fed her children but could no longer nourish and feed herself. Grandma’s wake for me symbolizes the moment I walked up to my grandmother’s open casket.

This photographic installation consists of glass boxes filled water, dirt, sugar, lemons and strawberries. Encased with these materials are color photographic transparencies of objects from my grandparents house. Each glass box is lit from underneath and was a way of beautifying the deteriorating elements. This piece is a combination of stories, and memories as well as a search to understand the role of female identity in the life of an aging woman. 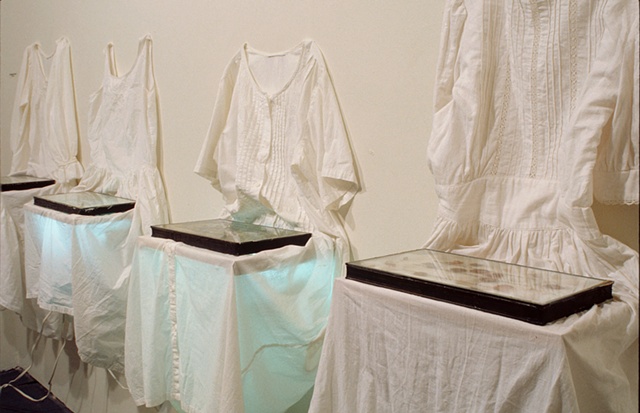 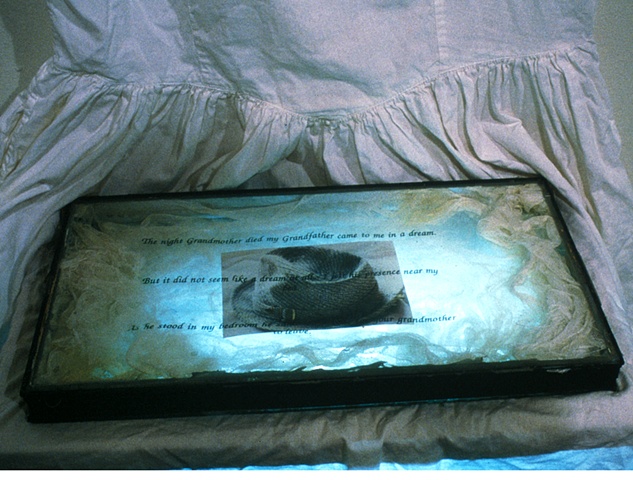 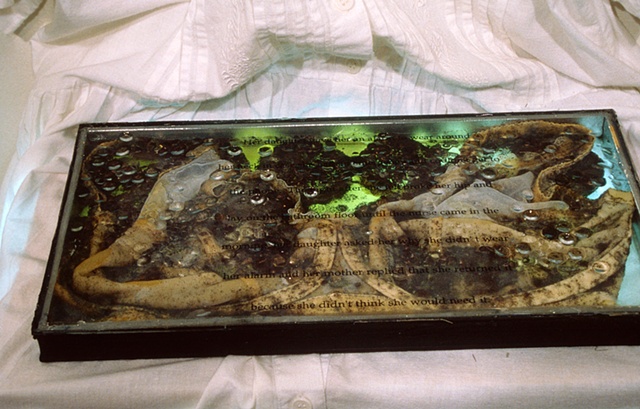 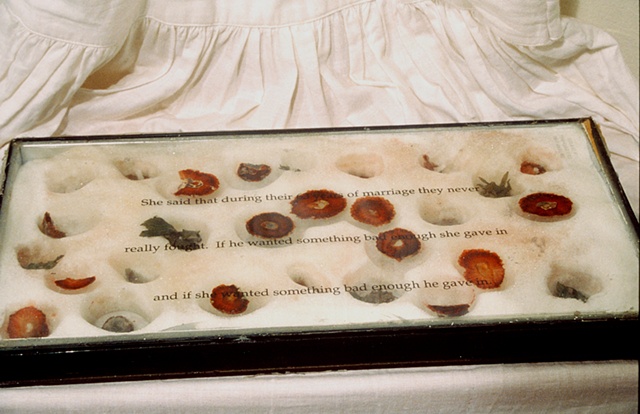 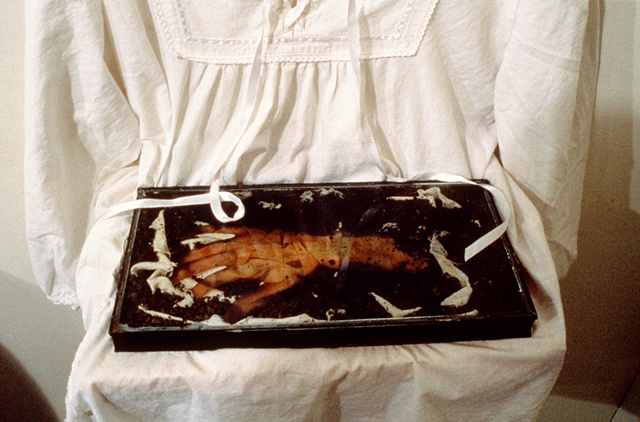 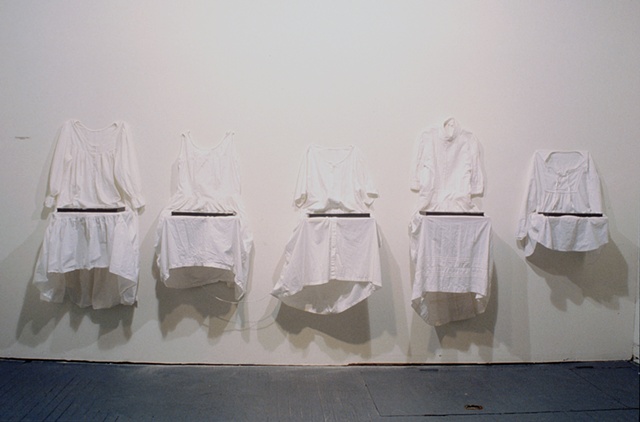