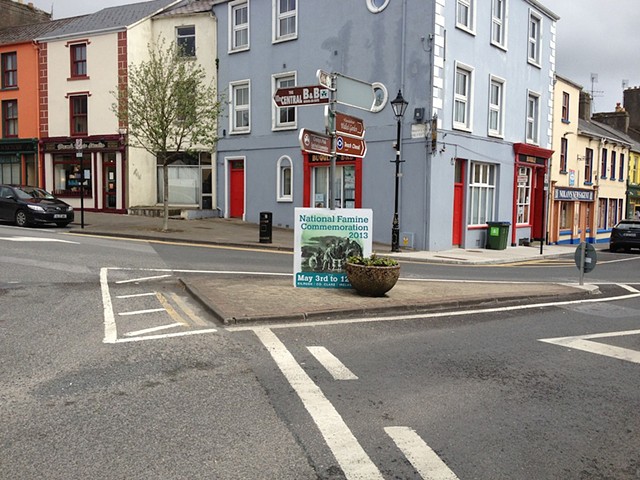 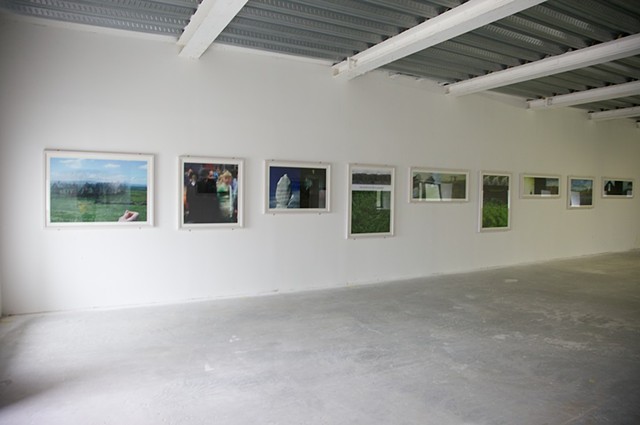 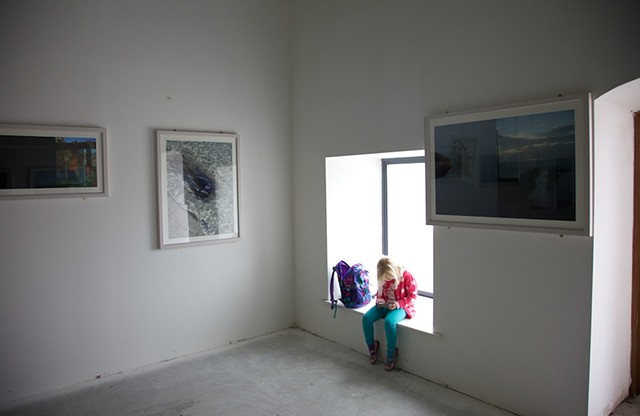 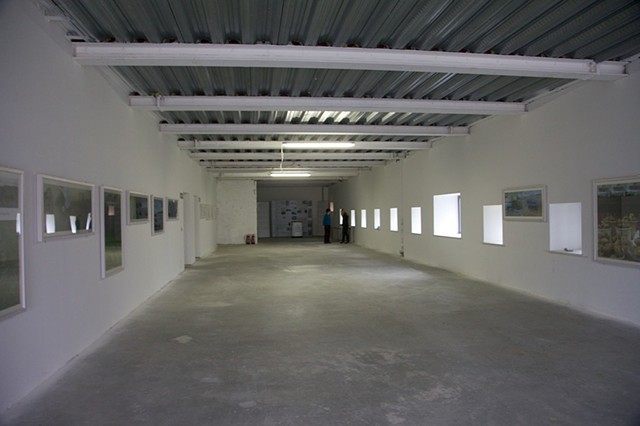 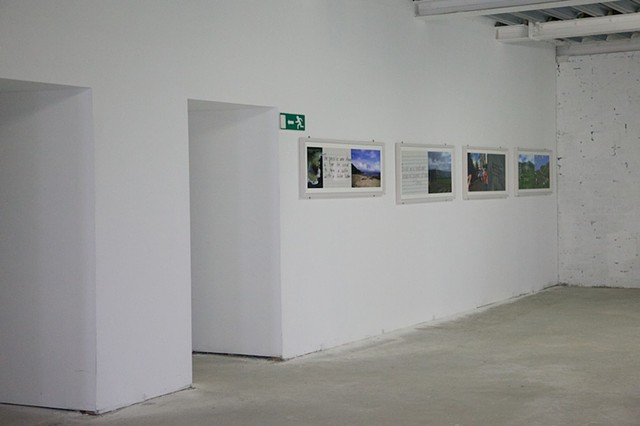 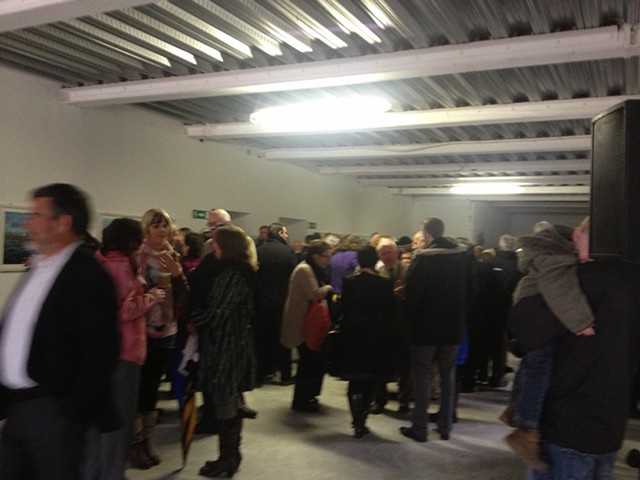 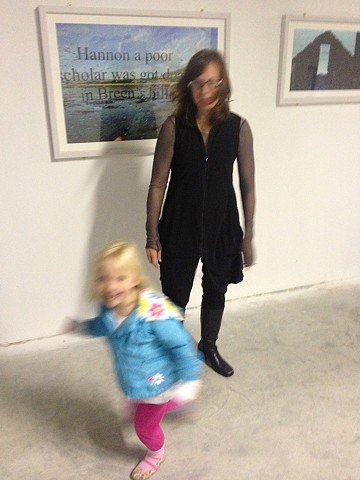 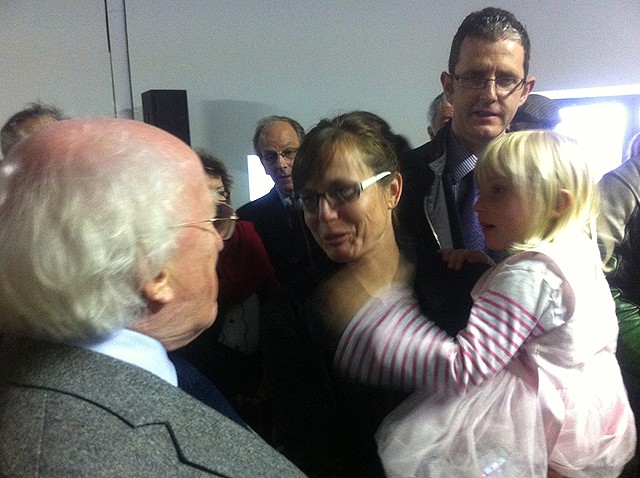 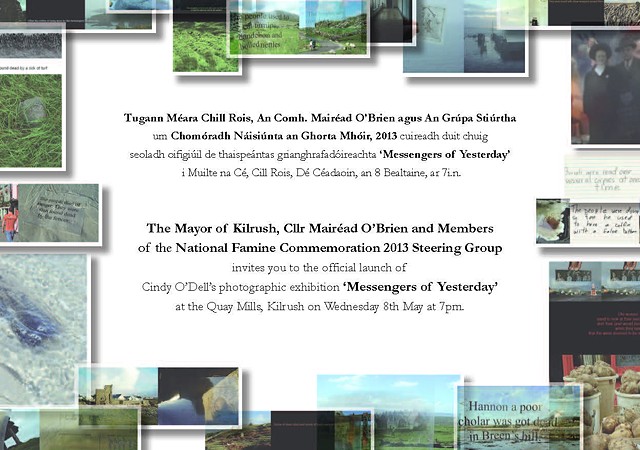 The launch of my project “Messengers of Yesterday,” is official (but sadly is coming down soon). This is the first major exhibition of the project and I could not be more thrilled for it to open in Ireland. The mayor of Kilrush, Mairead O’Brien officially launched the exhibit on Wednesday to a crowd of about 80 people.The space was amazing and was the perfect location for many reasons. It was also a former mill and would have dispensed corn during the famine to victims. My longtime friend and famine historian Ciarán O Murchadha was there along with a host of other folks. Rene Franklin has graciously covered every detail to make the event happen.

I also had the opportunity to share a few words about the work when I met Michael D. Higgins, the President of Ireland. The speech by the President was brilliant. The feedback and support has been overwhelmingly positive. The press has also been great and I have been interviewed on the local radio stations in Kilkee and Clare. I am grateful to everyone who has helped make this momentous event such a huge success. What an amazing experience!